Android 10 Is Live; 10 Prominent Features & Changes You Can Try Right Away!

Android 10 (stable) has started rolling out to users around the world. Beta builds were available for quite some time, but not everyone wanted to try unstable, beta builds. Now that everyone’s slowly going to get a taste of the new desert-less Android, here are 10 new features and interesting changes in Android 10 you can try out.

Note that these features and changes are new to, and can be seen in stock Android builds. Skins and custom ROMs might have had these features from some time, or might still lack them. With that out of the way, let’s count them down.

Android users have been asking for a system-wide dark theme for quite some time now, and though we saw hints of dark mode with Android Pie, Android 10 finally has a fully working system-wide dark mode. This dark mode feature, called ‘Dark Theme’ flips all of the system apps (well, almost) to a dark gray/black base color. However, it’s still a little incomplete, with some apps turning dark automatically, some still have internal switches, and many Google apps still not dark-theme ready. Here are some Android apps that have got a dark mode already.

You can get dark mode by either using the quick-toggle from the quick-settings drawer or a toggle inside Settings > Display on the phone. Add to that, you can also change the system’s accent color in Dark Theme (or light theme) by going into the phone’s Developer Options and scrolling down to the new ‘Theming’ section.

Well, technically, gestures debuted with Pie on Android, but if we talk about proper, seamless integration, it’s Android 10 that has much improved and easier-to-understand gestures. You can now switch between three navigation modes: the traditional three-button mode (back, home and recent apps), Android Pie’s two-button mode (back and home), or the new iPhone X style button-less gesture navigation. You can check these out in Settings > System > Gestures. Added with these are old ‘fingerprint swipe’ and ‘double tab power button for the camera’ and other shortcuts. We tried the new gestures, and they feel much better compared to what came with Pie.

Okay, so most of you won’t remember the ‘Reply’ app by Google which was born a couple of years ago and abandoned a year ago. The standalone app smartly and automatically suggested quick replies to messages from the notification panel itself. That app (or its function) is now completely integrated into Android 10. Smart Reply on Android 10 does not just suggest replies, it also brings up suggested app actions and shortcuts related to the messages. For example, if someone sends you a mail address, Smart Reply would add a ‘Send Mail (Gmail)’ button in the notification, or if someone asks you for dinner, it would add a ‘Nearby Restaurants (Maps)’ button. It’s smart (which is why it is named Smart Reply), and it isn’t a gimmick. Go try it out!

I know, we get distracted while working. I mean, we checked our social media at least 69 times while writing this post, and this why Google is bringing Focus Mode to help you stay focused by pausing specific apps. As of now, you need to be a beta tester for the Digital Wellbeing app to use Focus Mode. Once you join the beta, you shall get a beta update for the app, after installing which you need to navigate to Settings > Digital Wellbeing and scroll down to ‘Ways To Disconnect’. This section currently has three options:

So we suppose no-one in no universe would want any app (like Facebook) to have access to their location all the time. Android 10 lets users decide if they wish to allow an app to use the GPS (for location) all the time (even in the background), or only while the app is being used (in foreground). Thank you, Google.

You can check this feature in Settings > Apps & Notifications > Permission Manager > Location. Though this is something really useful, an app called Bouncer takes this feature multiple steps further by implementing temporary app permissions for the Camera and Microphone as well. We could see those additions on Android soon, but for now, it’s just the Location control. It’s good, we are thankful, but Bouncer does it better.

In addition to this, when you grant an app permission to access the phone’s storage, the app shall now be able to access its specific folder(s) on the storage only instead of the whole phone memory. Why did no-one think of this earlier? 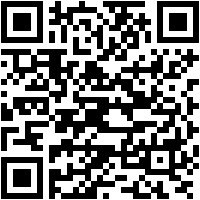 Privacy is now a first-order option item inside the Settings app. This brings all the different privacy options hidden inside menus and sub-menus in older versions to under one option in Android 10. The Privacy page has stuff like ‘Show Passwords’, Lock-screen notification controls, autofill options and more. We’ve seen these options in previous versions of Android for quite some time already, they’re just a tad bit more organized in Android 10, and that’s good.

Okay, this one has been one of the few annoyingly slow parts of the Android System UI for ages, and Google finally seems to try to fix this. When you tap on the ‘share’ button on anything on the phone, the share sheet used to pop up, and then a few seconds later, a top row of ‘quick contact shortcuts’ showed up just when you tapped on an app on the sheet, shifting the entire sheet one row down. This was annoying, and this happened even on the powerful flagship phones, let alone budget ones.

The new sharing sheet is a whole lot faster now, almost instantaneous. Previously, the sharing system used app-usage and cache data to determine which app you might want to share something with, which made it take seconds to load up fully. The new sharing sheet has been broken down into logical panels, starting with the most frequent messaged contacts, followed by four suggested apps based on usage, followed by an alphabetical list of all the apps that you can share with.

Sometimes it takes weeks, even months for brands to push out monthly security patches. Starting with Android 10, security patches and updates shall now be pushed directly via Google Play (store). This means users will now be able to install security updates just like they install and update apps from Google Play. This shall make delivery of these smaller updates faster and easier.

This is something that has been there on skins like MIUI for some time now, and it is indeed very helpful. For those of you unaware, this lets you share your WiFi password with people through a QR Code. This lets them connect to your WiFi without them knowing the actual password. You can access this by going into your WiFi settings and tapping on the network you’re connected to, where you will see a new Share button.

Those were 10 of the best features (and changes) of Android 10. Of course, some features like Sound Amplification and Live Captions still aren’t live (for us at least) yet, so we couldn’t test those. Apart from these, don’t forget the new Android 10 easter egg (Settings > About Device and tap 10 times on ‘Android Version’, then try to arrange the ‘1’ inside the ‘0’ to form a ‘Q’)! Let us know if you find any other cool features in the new Android build.

Still using email?
Get in the loop!

Please log in again. The login page will open in a new tab. After logging in you can close it and return to this page.